CHAOSSEARCH is building a new standard (a new category) in data analytics. Beyond the cost and complexity of Warehousing, Hadoop, or even Elasticsearch solutions. CHAOSSEARCH is a new kind of big data platform that delivers both search and analytics at a price and simplicity yet experienced. At CHAOS, we are primarily focused on transforming object storage (such as S3) into the first multi-model database, where the user provides read-only access to their S3 storage and CHAOS provides the rest.

Well... truth be told, what we provide is a search and analytic engine that integrates with tooling such as virtualization. We package up open source tools to offer a complete stack and solution. The community provides API standards, which we publish to, and connect open tooling. What we do/did is crack the code on scale, efficiency, and ease of use. From there, we adopted APIs like Elasticsearch and virtualization such as Kibana from Elastic. This marriage has been great for us; publish well-known APIs with integrations to well-known tools and applications.

Yet, this marriage has a problem… it’s open direction.

As we all know, doing what you love often takes money to fund it. Building a company on open source is an extremely common way to get it off the ground. And like many of these stories, the business model typically begins with either charging for support and/or running the software as a service in the cloud. But sometimes, companies offer select software components, as a paid license.

Open source as a business is an agreement with the user community that adoption of this open software is based on company trust. Yet, there is always an inherent risk in such integration; what does the future hold and how might licensing change. There is always a choice to build everything in-house, but in today’s world, customers expect some standardization. Whether a consortium or organic, open source adoption is a must. 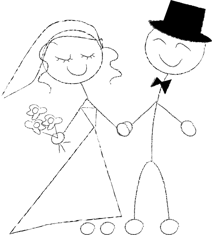 And this brings CHAOSSEARCH to an open source crossroads. Do we continue to build on the popular Elastic Kibana, where features can move to a paid license or do we adopt a new community, built from core Kibana, but provides open enterprise features. As a young company, with limited time and resources, the question was simple.

Do you, take Open Distro, for Elasticsearch? I do.

Amazon’s AWS Open Distro for Elasticsearch is a complete Elastic Stack (here). Our adoption of the software is primarily focused on Kibana and specifically Alerting within this Kibana distro. As previously stated, CHAOSSEARCH wants to focus on solving big data scale, cost, and ease of use problems. Not rebuilding tooling that is increasingly being licensed as a paid offering.

As a result, we have adopted this Open Distro Kibana community. And starting this summer, we are rolling out Alerting to the general public. We see this Kibana, with its Alerting API calls, as the standard-bearer of such enterprise functionality. There are several other new components in this Kibana version and over the coming releases, we will be rolling out support. 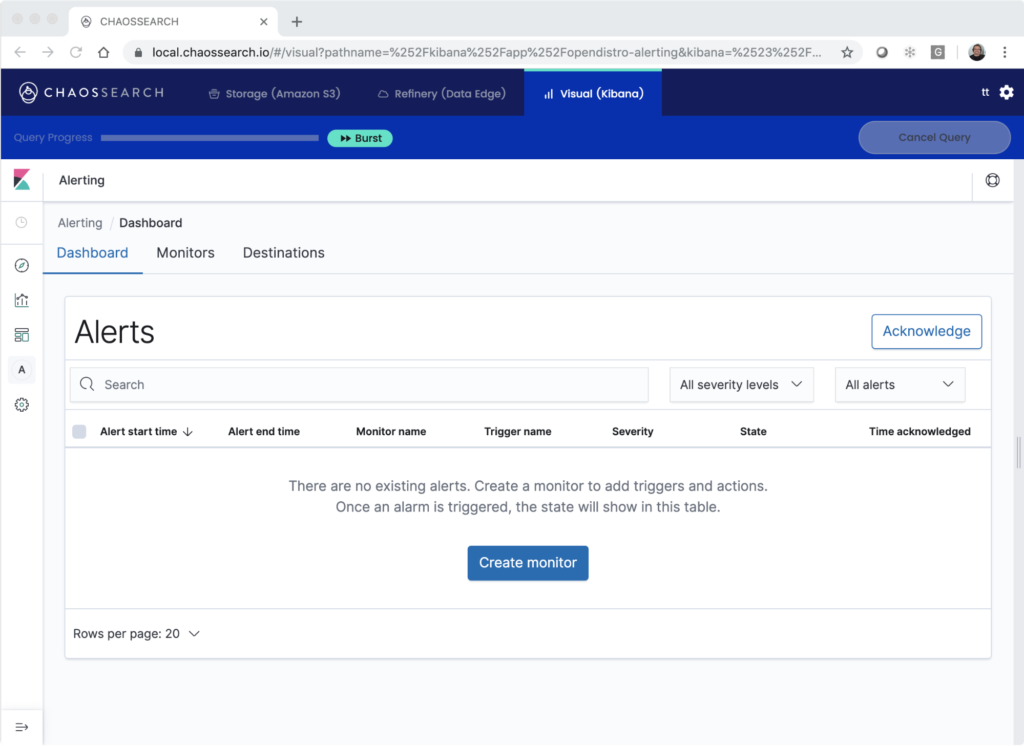 There are several wonderful aspects that come along with this version. Included in this alerting functionality are Monitoring, Triggers, and Webhook integration (e.g. Slack notification). And for those not familiar with CHAOSSEARCH, we only publish Elasticsearch APIs. We do not run any Elasticsearch software under the hood. Our unique index technology and architecture directly addresses issues found in scaling Elasticsearch as well as the associated cost and complexity.

Where we go from here, for now, is pretty clear. CHAOS the company is all in on Open Distro for Elasticsearch. Let’s hope this marriage lasts a long time and bears search and analytic fruit. As we move into additional API support, open source communities will be where you’ll find us!

By Greg Goldsmith, VP of Product Management, ChaosSearch on Aug 25, 2022

A full Observability stack has the goal of providing full centralized visibility to Development,...